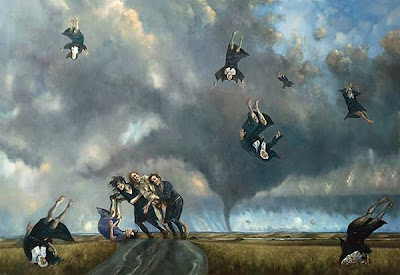 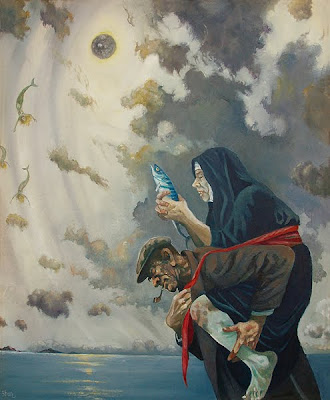 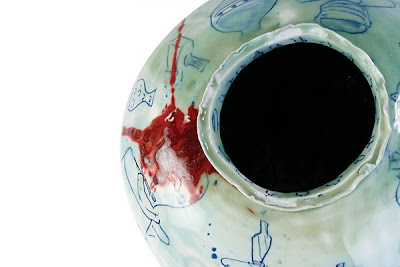 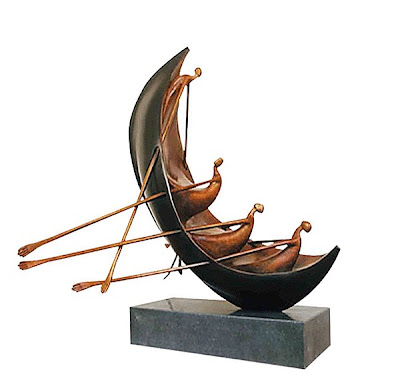 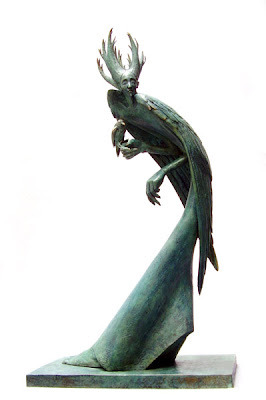 Very soon I have to return the paintings of David Shanahan as he will be showing in London at the 'Affordable Art' fair and he will need as much of his work as possible to show there.
In truth we have had them here for much longer than had been originally intended but the response to them has been so good that I asked if we could show them a little longer.
David being the lovely generous man he is agreed to let us keep them until the middle of this month.
His paintings are like nothing you have seen before and are very beautiful and slightly disturbing, and all are very obviously about Ireland, if it were possible to determine a persons Nationality from their face then his paintings more than any artist show the Irish people. The paintings certainly provoke a lot of thought and have generated great interest.
It is easy to see why he is so sought after and why his work is in the collections of many famous people.
It is said that 'every picture tells a story', Davids work tells you a fragment of a story, each picture is like a page torn from a book.
It has you asking "what came before, what will happen next"?
This is one of the great appeals they have and it has been interesting here in the gallery to listen to peoples different interpretations of them.
I really like the paintings and the man that painted them.
So my thoughts have been very much on David and his art, which had been the catalyst for our Ireland exhibition a few months ago, and as it does one thought led to another and it had me thinking about how lucky we had been with different Irish artists/sculptors/potters.
I love to visit Ireland and am very much in love with the landscape so it has become a great pleasure to get to know, and then to show some of its artists.
The three artists whose work we always have on display are Ana Duncan, Fidelma Massey and
Adam Frew.
Adam is a young potter from Northern Ireland and I will write more about him at a later date,
but as far as I am concerned he is the best new potter to emerge for sometime and I am convinced he will be going on to great things.
Both Ana and Fidelma are sculptors, but such different sculptors, their work is as different as it is possible to find, but at the same time both have their roots very much in Ireland and it shows in what they make.
For me the "Boats" by Ana are very much about the Ireland I dream of as they depict scenes that are now rarely seen but which are very much about the heritage of the country.
The sense of motion and action that she manages to capture with her bronze sculptures is incredible, they really are full of life and action. In contrast her figures of women in all their different shapes and guises are very gentle and extremely beautiful.
Fidelma's work by contrast very much shows the Ireland of Myth and Legend, like David's work
they leave the viewer asking many questions. I believe a lot of the Legends involved in her work are from her own imagination and I'm sure if asked she could tell many stories about them.
She is an extremely versatile artist producing work in ceramics, bronze and stone as well as her
unusual drawings, I think the work that we have shown in Imagine just "scratches the surface"
of what she is capable of producing.
'Scratching the Surface'?
Above are a few pictures of there collective work which does just that.
Posted by imagine at 03:04