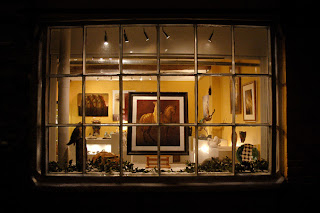 A friend and artist called me yesterday and made the comment
"I see you haven't been keeping your blog, why's that".

I have certainly wanted to, and the fact that I have been reading the various blogs of many people
is why I wanted to.
It seems that almost every artist has a different opinion of why they have done good or bad during the Christmas season.
"I'm putting my prices up", "I'm bringing my prices down", " I'm making more," "I'm making less",
"my hourly rate is....", etc, etc, etc.

Or more to the point, as a very well known potter and blogger told me last summer
"it would be good to be able to post a blog and tell the real truth".
The truth never hurts anyone does it? 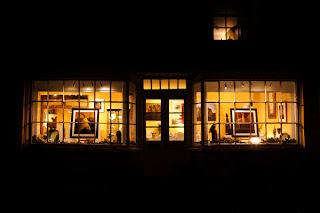 So rather than annoy anyone or respond to lots of silly statements I decided to not write at all until
I was in the mood to reflect upon what the season is supposed to be about.
Good will.

Whatever,
Christmas here was pretty much the same as ever in terms of sales.
Being a gallery and selling things that are a little expensive the Christmas buying 'presents' frenzy doesn't really affect us.
One things for sure I certainly don't intend to start stocking "craft gifts" in the hope of increasing the number of people coming into the gallery,
that's not what it is about as far as I'm concerned.
We sell what we sell, and we stock what we love, and that holds true for each month of the year
including December.
But I would be telling lies if I didn't confess that we do hope to get some 'special' items,
using Christmas as the 'umbrella' to entice some artists.

We did, and for December the gallery looked lovely,
I would go as far to say festive looking. 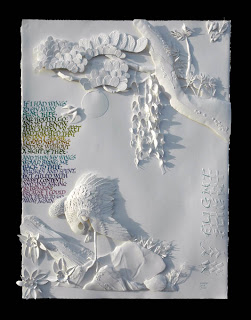 For different reasons, geographical or commitment some artists were unable to get new work to us
until late in the month.
That has been more of a bonus than a minus as it is giving us the chance to show
some special pieces to the public at the start of the New Year.
The notable late arrivees were 'Dave Wood' the paper sculptor and 'Maureen Minchin' the potter.

The incredible art by Dave should have arrived in November, but taking into account that it
has come from Australia and that customs "sat on it" for a while it is almost a miracle
that it made it here before the end of the old year.
Unfortunately I only managed to have one piece framed in time to display on Christmas Eve. 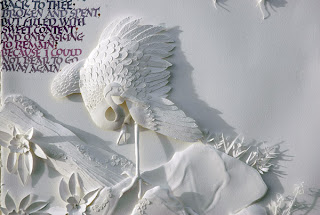 But that is not a problem as it is good to have such unusual work on display for the
New Year window.
There is still another even more incredible [yes it's true] piece to be framed, so that is something to look forward to and I will show it when it is ready.
His work really is so clever, well crafted and very beautiful,
even without the sculpture the words of his beautiful calligraphy are very moving,
dare I say romantic?
I'm really pleased and proud to be the first UK gallery showing his work,
I know that there will be many others to follow but it is a lovely feeling to be the first, at the moment
he is ours. 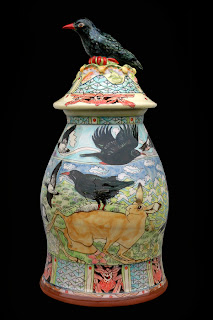 The other very late arrival was our dear friend Maureen.
Although she lives ten hours drive away the distance wasn't the problem, she is just so busy.
In fact I would imagine that she is one of the few potters in this country that doesn't even know that we are in a recession.

Of course I know that comment will have many saying "no, look at me I'm doing fantastic".
So I will correct that by saying "in my opinion".

Her work is so time consuming it is a wonder that she produces the amount that she does, but then
she is not an artist that calculates her hourly rate.
Like any true artist she does what she does and it is never released until she is content,
regardless of the time involved or the payment she will receive.
Her work is her life and it reflects where she lives and who she is.
For such a small woman she is a great big hero of mine.

The fact that her pots arrived just before Christmas was of course no problem, but unfortunately we will not be showing them in the New Year as they disappeared almost as soon as they arrived.
Her work is almost as elusive as the little lady herself. 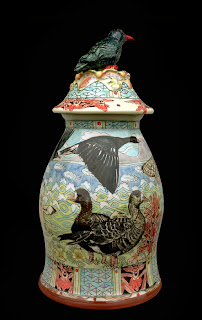 The atmosphere and art in the gallery looked so lovely over the Christmas period
it was with reluctance that I changed everything around
and removed the decorations [real Holly & Ivy] from the window.
It was only a last moments thought that made me dash outside with the camera on the last night
of Christmas.
As we all know, it is bad luck to leave it any longer.
Superstitious? Me?
Never.

Have a Good Year.