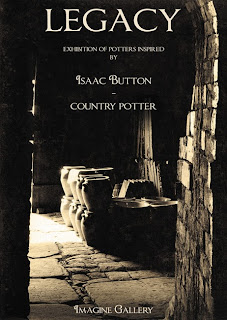 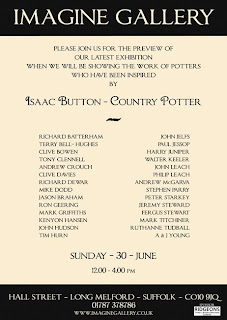 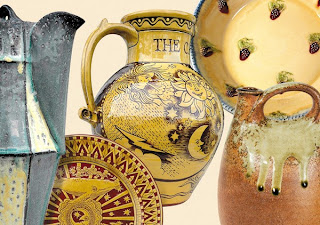 As more time passed since writing the last post the more I understood that there was little chance that I would write anything until after the exhibition had opened.
I had done so much travelling, visited so many potters and stayed in so many different locations that life and events were becoming a blur. I needed to record things as they happened as I knew that I would just not have enough time before the exhibition opened. Now it has, I am trying to remember different things, here are just a few of my jumbled thoughts. 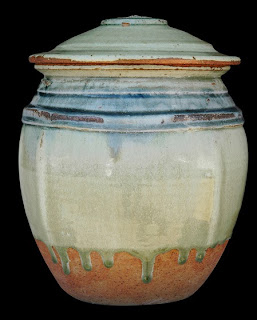 I have many good memories from my travels, especially the day that started at the pottery of
Mike Dodd, followed by my first visit to the new studio of Paul Jessop which is set in such a beautiful location. Then a few miles further on to collect the pots from John Leach.
He may now have a white beard [ hhhmmmm! So have I ] but he still seems such a young man, full of life and enthusiasm. I would have liked to have stayed to talk with him longer but Richard Batterham
had told me "I will expect you early afternoon", and that was just not going to happen.
"Give Richard my love", John called as I drove out of his yard and onto the road. 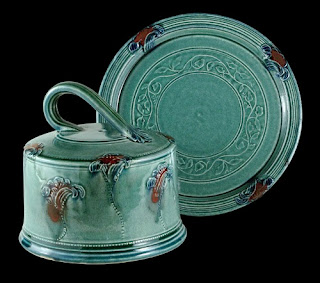 Reflecting on my visit to see Richard it has me thinking that it is a shame that I can't tell of each individual visit in detail, at every pottery there was enough happening to write a chapter or two,
but, "alas" it would take too long.

I have always admired the simple but beautiful pots made by Richard Batterham, so as a result I am a little in awe of him which tends to make me a little "tongue tied" [not many people will believe that].
I should not have worried because [as on a previous visit] his natural charm and humour had me relaxed. He told me that he had given the exhibition much thought, he had decided that he felt that it was my exhibition, as such he thought that I should choose the pots that I wanted to take not what he felt that I should take.
Have you ever felt like a child in a toyshop? 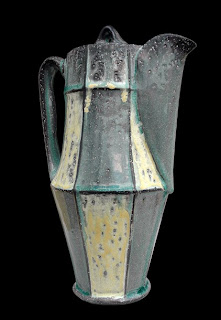 So one lovely summer evening found me leaving Richard and the county of Dorset to travel on to the coast of Devon, where I was to stay in a hotel by the sea.
This was Hartland point, a beautiful location. Just a Pub set upon a cliff above the sea.
My hazy memories of that stay were listening to the local brass band playing outside as the sun sank slowly into the sea, then the following morning awaking forgetting where I was and being surprised by
what I was seeing and hearing.
Through my open window the sight of Lundy Island and the sound of the waves.
A beautiful sight on a beautiful morning, shared by only one other person, a lone fisherman who was placing a lobster pot from his small boat. 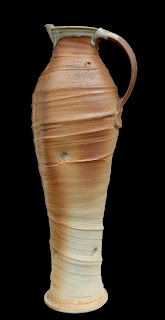 No time to tell more.
But from my lodgings on to visit another Grandson of Bernard Leach.
The potter, Philip Leach.
All I will mention of that visit is that he is the first potter for many years who has been able to entice me
with Tea Bowls. I couldn't resist them they were so simple and really reminded me of the old pots made by Shoji Hamada.
I also left him with a "F*****g" jug. This I will have to explain in the future when I have taken a photograph of it. It sold immediately the exhibition opened and it would have sold many times more.
I wanted to buy it myself. 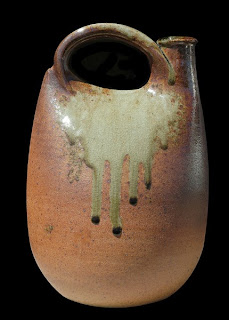 Then there was a visit to Clive Bowen's pottery set in deep rural countryside.
I really enjoyed my visit there, he and Rosie were so very nice to me, and what was rewarding was that he was treating the exhibition with some seriousness.
"When I looked at the potters involved I knew that I would have to present my best work".
To make things easier for me they had put together a selection of around 25 pieces that they felt would be fitting for the exhibition. From this selection I was to choose 5 or 6.
So I left for home with eleven in the back of the van. 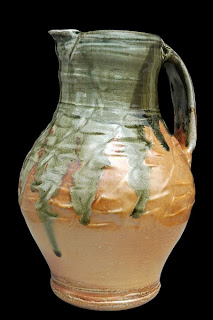 I will put pictures of different places and pots on at a different time, of course none will make sense as they will be out of sequence. Still better late than never. 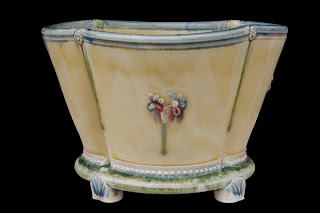 While I was off travelling other pots were being delivered or sent to the gallery, it seemed that things were starting to pick up pace as the exhibition loomed ever nearer.
However there was still so much to do and other journeys to make, 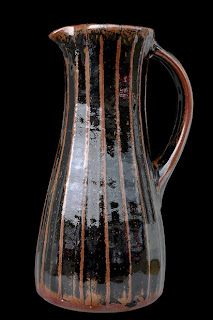 and for the first time a little apprehension started to creep into my thoughts.
"What if we couldn't get everything ready in time".
These thoughts were interspersed with feelings of confidence as pot after pot was unpacked at the gallery, there were so many beautiful pieces to choose from, each one an exhibition item in its own rite. 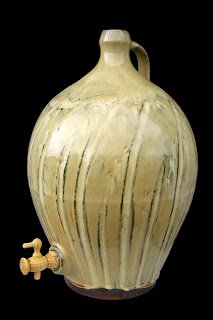 But just how was I going to display this quantity of pots yet give each piece its own special place?
More cause for worry, but sometimes I think I enjoy having something to worry about.
I mean, just how can I solve a problem if I haven't created one to start with? 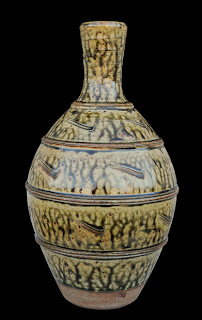 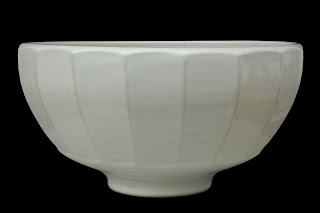 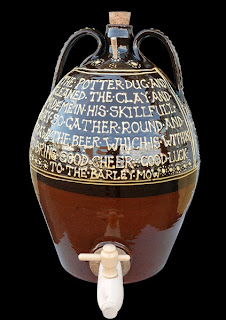 Anyway, now at last the exhibition is finally open.
Perhaps I will tell of that in a couple of days or so, but before then I will have to show more pictures
and make mention of another trip and different events along my journey towards the opening of this show. Until then here are another two pictures of Isaac Button.
The man who inspired the exhibition and who is responsible for filling my life excitement, stress,
plus also a great deal of pleasure.
Because of him I have found new friendships, without him I would never have visited the various places I have recently seen. 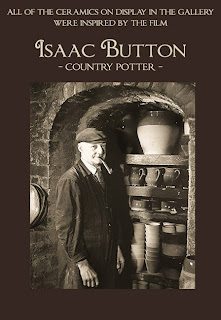 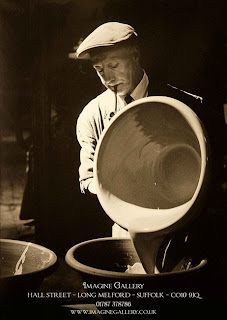