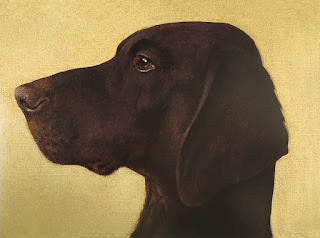 As anticipated I have been unable to do "a little often", however here is a little.
I am honestly losing track of different things that have happened so here are just a couple of events that are still very much in my mind.

I have been very overdue to make a visit to see the artist
George Underwood.
This is always a trip that I look forward to [not the driving just the visit.
But just before I was about to make my journey he announced that their lovely old dog had died.
It is amazing how many different little things and events lead to a relationship.
For me a visit to see George and his wife is always associated by being greeted first by their dog.
Leon. 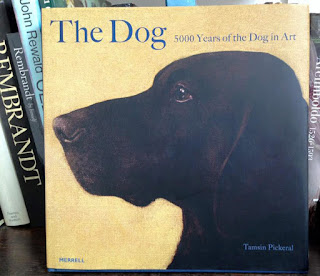 I have many memories of him running to greet me, pushing his head forward for a fuss,
and always in my mind a vision of him chasing across the lawn to catch a ball.
A dog full of life, hiding the fact that he was getting old.
I put of my visit for a couple of weeks as I understood that they both must be feeling their great loss.

Although he is now gone his beauty will live for a long time.
George had been asked to contribute a painting to a book about the art history of dogs.
The book portrayed the art of the dog going back 5000 years.
Of the many, many famous paintings [by famous artists] that appear in the book
only one was used for the cover.
LEON
What a lovely tribute for a beautiful friend. 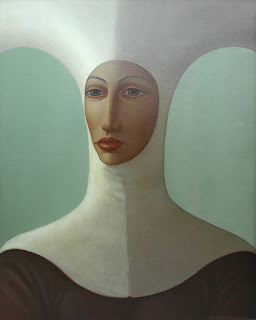 When I arrived for my belated visit I was delighted to be greeted by their new arrival.
A puppy.
I was so pleased that there was a new little person who would help fill that chasm of sadness.
Leon will never be replaced he will always be remembered and missed
But a new little life has come along to make the family whole again. 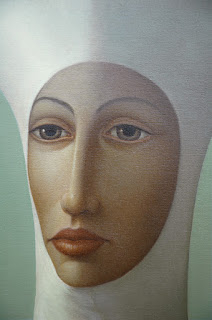 As usual my visit was really enjoyable.
It feels so good to be visiting old friends, yes we are working partners but the friendship comes first.
George allowed me to choose whatever paintings that I wanted.
I told him that I felt very guilty about this as I felt I was "robbing" him.
"don't be silly take whatever you like".
I did
Here are a few of them. 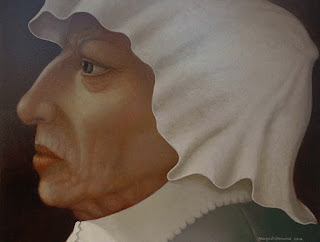 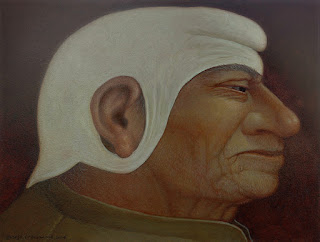 Something else has been "very, very" much on my mind.
Our forthcoming exhibition of ceramics by
Maureen Minchin

Five years have passed since we hosted an exhibition of her work so the anticipation and excitement has been growing.
But with only weeks to go I was becoming anxious that we had nothing to photograph
to illustrate the invitation.
Understanding how busy she is and how time consuming her art is I hesitated to chase her.
Until panic really set in as the printers deadline grew closer. 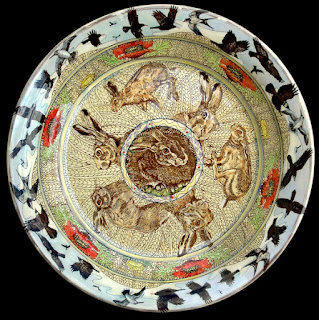 I called her
"Maureen, I must have something NOW or I won't have invitations in time"
I could imagine her looking out of her window with the beautiful view towards the sea and the far distant islands,
Wondering, just why is this man so stressed.

But my panic must have communicated [perhaps it was me sobbing that did it] as she replied
"I can send you a few pieces in the post".

Three days later her ceramics started to arrive.
It left me wondering why I panic so much, but I have decided that someone has to,
so it might as well be me. 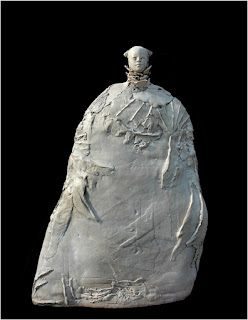 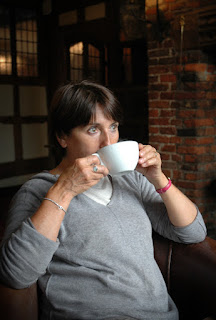 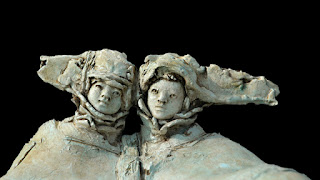 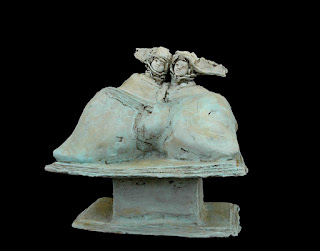 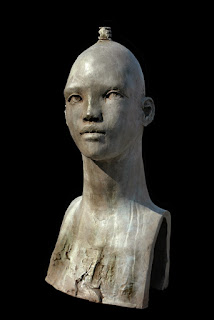