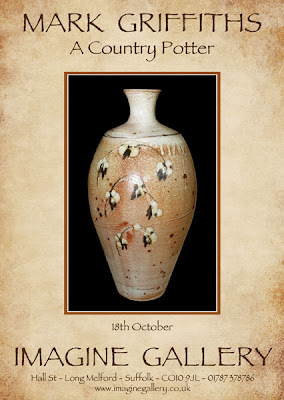 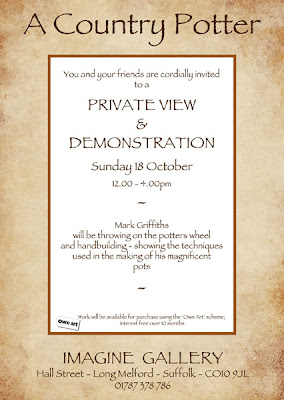 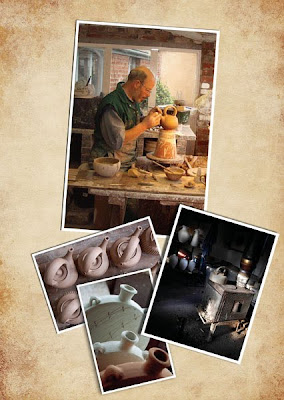 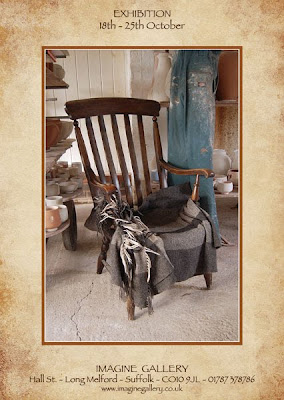 I have spent the last couple of days trying to design an invitation for our next exhibition.
We have never run two exhibitions so closely together, but in this case I had to make an exception.
This last year has been a strange and very hard one for the majority of  people and none more so than artist's.
I have been told many times this year "art is something that we don't need", as people try to justify why they aren't spending. This is strange as art is something that we can't live without, it enriches our lives and often "fills a void" which we had been unaware of until we see a particular piece of work which will then eat away at our desires until we possess it.
Well that's how it works for me anyway.
But it has been a strange year and one that has fed the seeds of self doubt to many artists, so it has been a delight and pleasure each time that we have encountered one who has carried on producing strong work with no thought of "market forces" but with a love and strong belief in their own art.
None more so than Mark Griffiths, the potter.
Throughout the year he has been producing work that just gets stronger and more beautiful, and in spite of the times has gone from strength to strength creating for himself a large following and a market eager for his work.
I had longed wanted to show his work but our schedule didn't allow us to run any more exhibitions until the middle of next year, and I knew that by then Mark would be too committed elsewhere and would be unable to show with us.
So taking the "bull by the horns" I asked was he able to fit us in at all this year.
The result, we are running two exhibitions much closer than we have ever done, but it was that or lose the opportunity of showing Mark for some time.
This has meant that for me the last two days have been spent putting a new invitation together.
Something that I enjoy yet hate as I am never happy with the result.
This evening I completed it, so here it is ready to go to the printer on Monday.
I hope you like it Mark
Posted by imagine at 12:08