As I sit here writing my eyes keep looking away to a chair that is here in the gallery.
At the moment it stands on a plinth and is shown as a work of art
Of course it functions as a chair but for me it is so much more than that,
It was designed by Charles Rennie Mackintosh
and it is one of the main reasons that I am sitting here today. 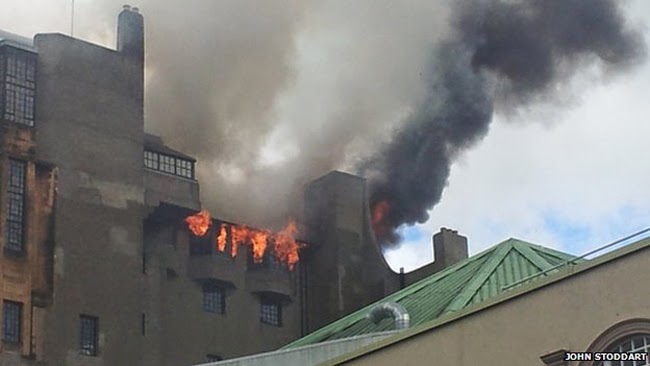 As a young boy I was employed as an apprentice in the printing trade,
of course this was at a time that printing was considered a skill.
At that time for me it was just a job, my very first job.
My main duties were making cups of tea and delivering parcels, I was just the "odd job" boy for five years while I slowly learnt my trade.
Most of my colleagues treated me as just the "boy" with one exception,
that was a young man [he seemed old then] of 25 years old.
His name is Fred Sykes.

By trade he was an engraver and his job was to correct all of the minor flaws that appeared on the copper printing plates, and in those times there were many.
He was a lovely intelligent man and I think that he understood that I didn't really fit with
this "mans" world that I had been thrown into,
an environment where you were measured by how many hours you could work
and how much beer you could drink.
He started to talk to me about art, designers, architects and antiques. 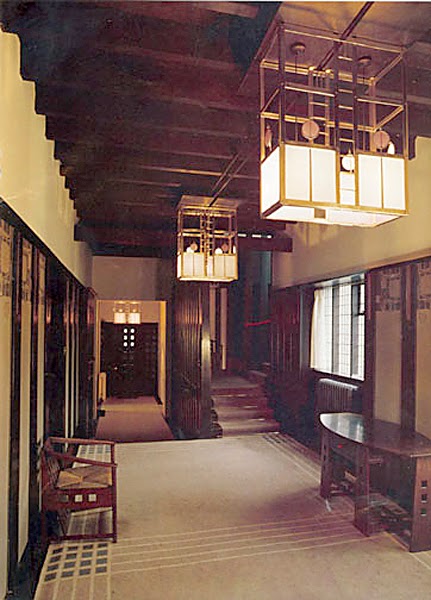 After a year or so, at the end of each day he started taking me to museums and art galleries,
he would bring me books to read about artists he admired
and bit by bit he educated me to the beauty and understanding of Art Nouveau.
In particular two artists he greatly admired.
Archibald Knox
Charles Rennie Mackintosh
As a result I now have a collection of work by Archibald Knox
and a pretty good knowledge of Rennie Mackintosh,
a man whose work has always been my "benchmark" for beauty and good design. 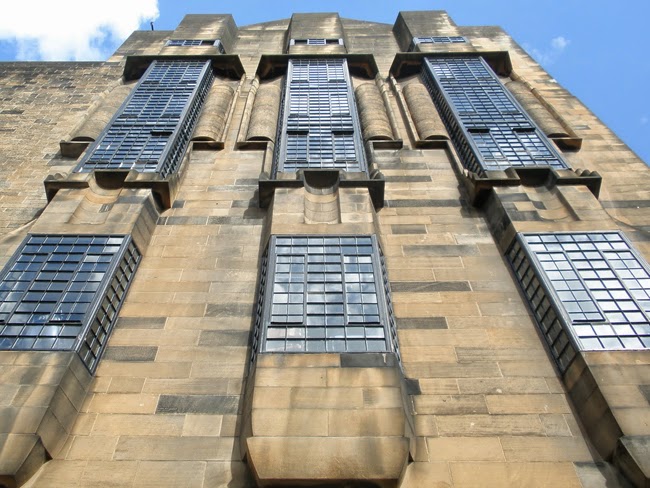 In later years I was even fortunate enough to work for a company that was owned
by a man who told me to design my own workspace, he then employed carpenters to build it for me.
Of course the room was an amalgamation of Mackintosh designs.
I was a lucky employee, and now many years later my employer is my best friend

So one reason or another for many years Charles Rennie Mackintosh has influenced my thoughts. 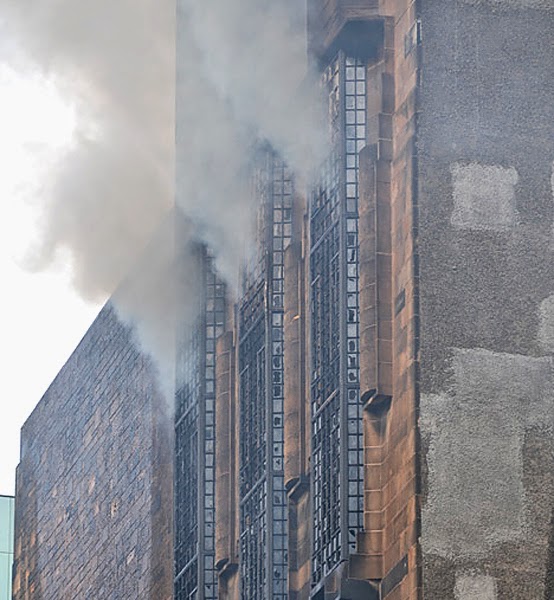 Recently Irene and Rebecca visited Glasgow to see a friend performing in concert,
the next day they were due to catch an evening flight home, so with no other plans
and with time on their hands they went to visit the Iconic building
The Glasgow School of Art
The greatest work of art created by Mackintosh.
Not only did he design this incredible building but also each and every feature inside,
from doorplates to lights and of course the furniture.
It was completed in 1909 and has been described as the most important building of the past 175 years.
It is a listed building and although it still functions as an art school it is
regarded as a museum to Art Nouveau. 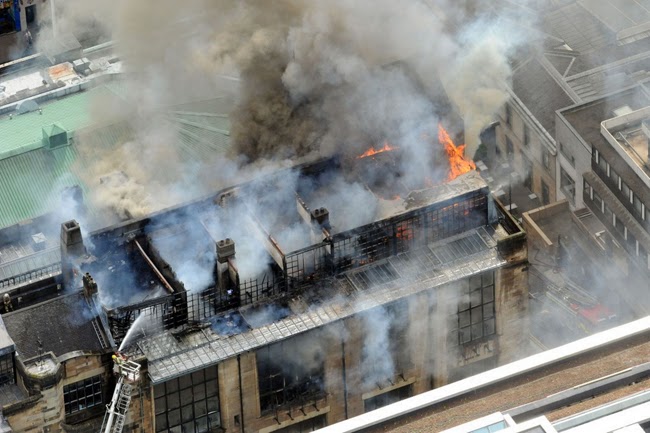 On their arrival home the girls were full of stories of their visit and had many pictures to show me
of "things you would love to see".

Memories of Fred Sykes and his education of me returned, I was soon digging out old books
depicting things that he had told me of and which Irene had now seen,
amongst these was a brochure that he had given me of a man who still created some of
the furniture designed by Mackintosh. 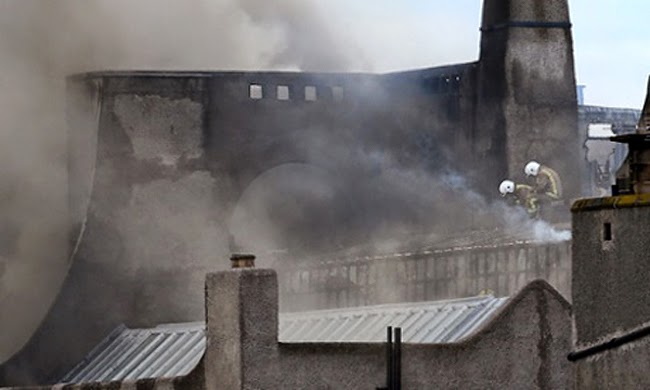 The result is I am now looking at a chair designed in 1902 but made in 2014,
and it looks so very contemporary.
With my rekindled enthusiasm I just had to have some around the gallery.
Since they arrived I have thought of Fred Sykes a lot, I knew that he would be so proud
to know I have learnt from his many lessons. 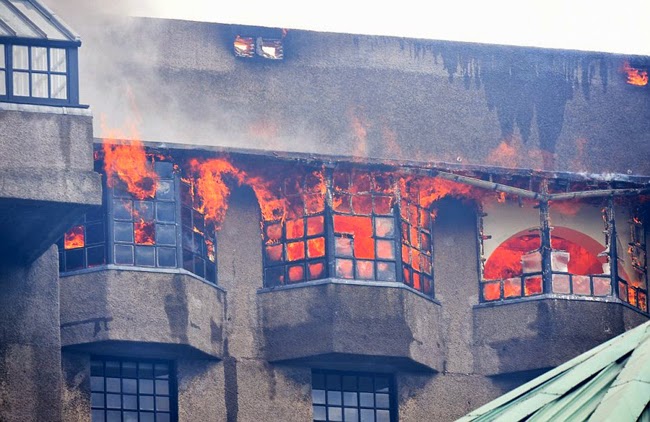 Then last night watching the news
like many people the world over I learnt that The School of Art was afire and that so much
of the beautiful building was lost forever. 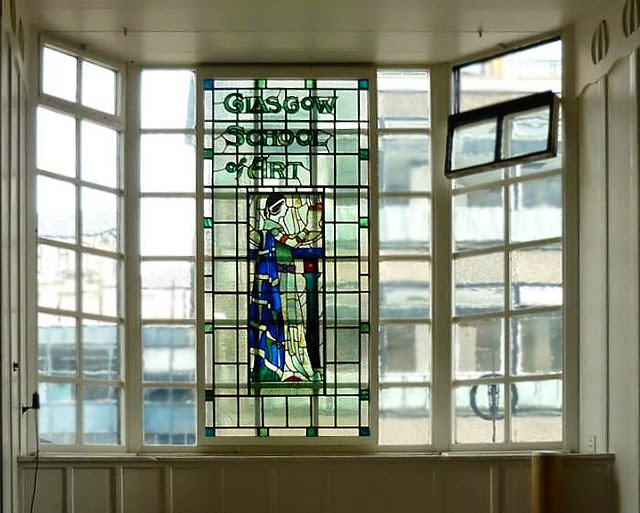 For me it is such a sad coincidence.
For many people and especially for Scotland it is a tragedy. 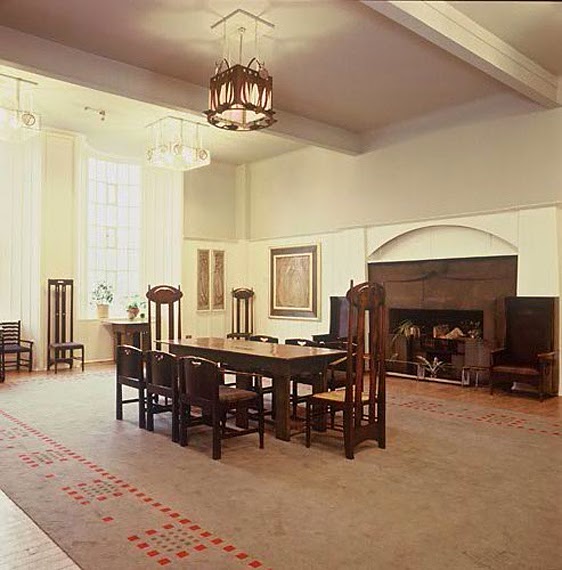 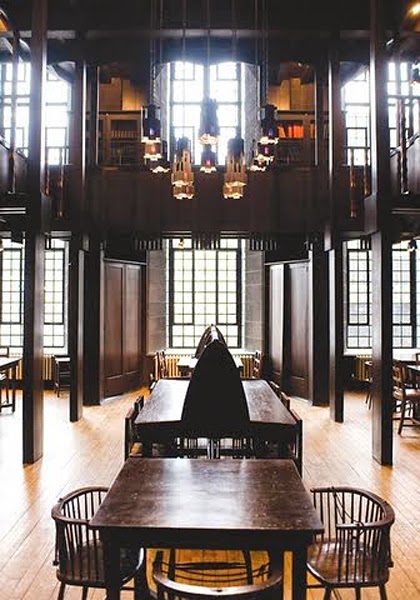 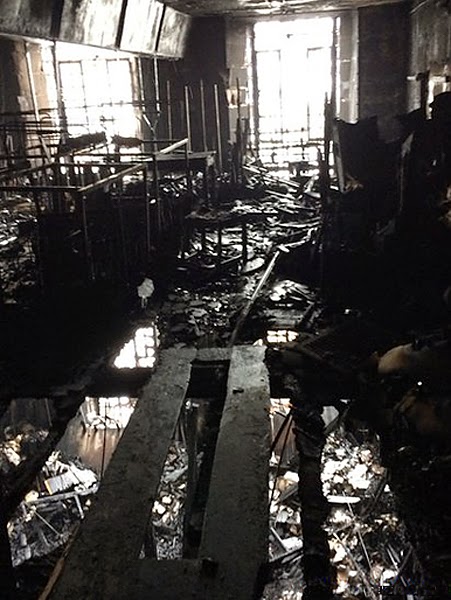 It will be rebuilt, but! 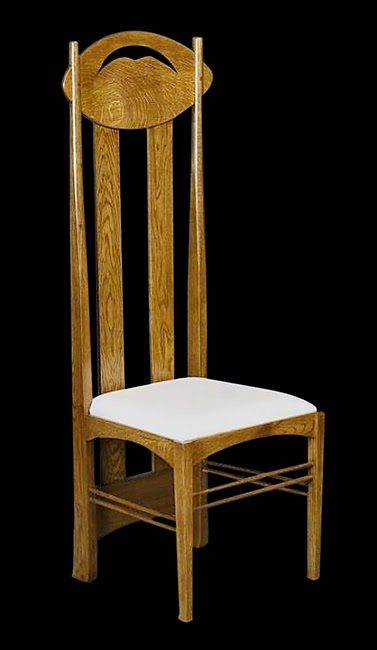 Meanwhile the chairs in the gallery are a reminder for me of a great artist
and my mentor.
Without them both my life would have taken a different path.
Posted by imagine at 13:03