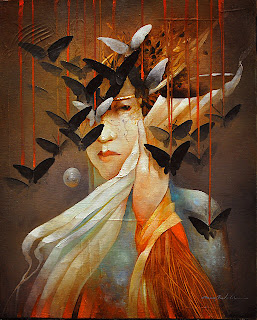 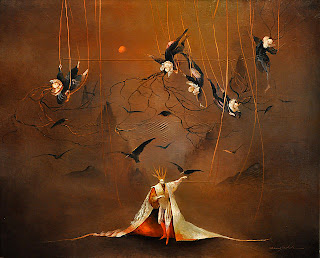 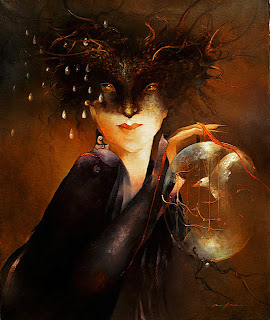 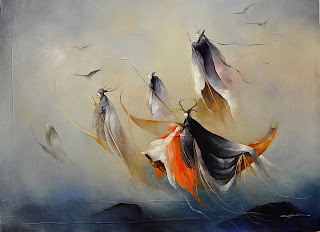 It would be nice to say that "things are back to normal",
that wouldn't be true as we have much to get finished before we hold a "Grand Opening".
But at least now that the doors are open it has allowed a small opportunity to catch up on with many neglected things. One of these has been showing the new and varied pieces of art that have been arriving.
Many times I have had the thought "I must show this on the blog", but time and many jobs hasn't allowed that to happen, but the thoughts have still been there in my mind.
In particular there has been one artist whose work I have really wanted to share,
an artist from France, her name is
Anne Bachelier.
A name almost as romantic and mysterious as her paintings.
Anne is a very well known and is collected worldwide, amongst her many achievements there is one that had really excited me.
She has illustrated an edition of Lewis Carroll's
'Alice in Wonderland'.
It is not hard to understand how such a marriage came about as with all of her paintings,
each individual piece is a story by itself, and her illustrated version of the book truly is a work of art.

I can't tell you just how happy I am to have her paintings to exhibit, I never dared to hope or expected to be able to persuade Anne to let us show her work and I truly thought that it was something that wouldn't happen, especially taking into account that each of us can hardly speak the others language.
So, maybe it was just meant to be.

Luckily her paintings don't need any interpretation, and I think to try and give one would be a shame
as each holds a story from our own imagination.