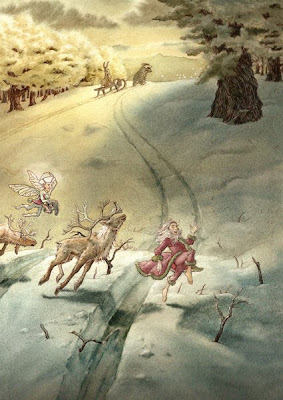 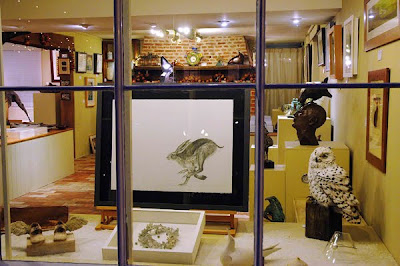 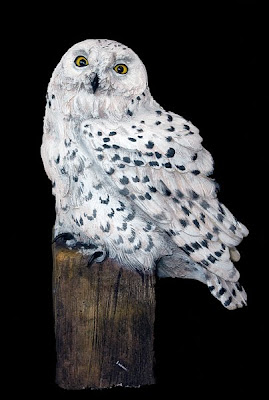 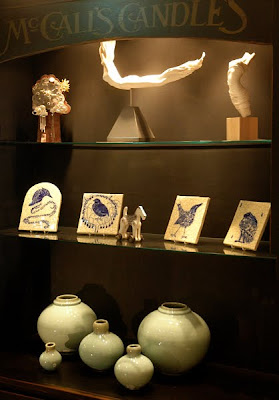 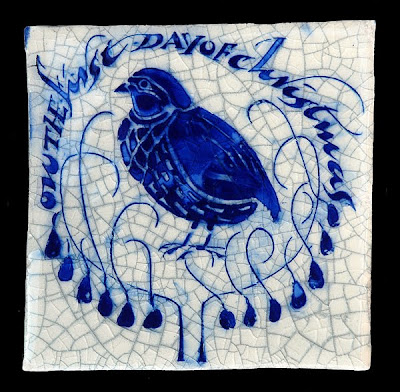 Hollis, the American potter who is bored enough to follow this blog has suggested that I show pictures of the gallery during the festive season, Jackie Morris the artist has also said that she thinks that it would be nice to see pictures of the Christmas window as it changes with the comings and goings of different art over this period.
This does sound like a good idea but I do hate showing pictures of the gallery.
I feel so defensive of it and the work in it, I love the space and the work in it and I feel it can only all be appreciated by a visit which of course is not possible for most people.
I have yet to take, or see photographs taken by others that show the place as it really is [or maybe how it is in my mind].
However, here are a couple of snaps plus detail pictures of a work that appears in them as the gallery looks today as Christmas approaches.
At the moment it seems rather strange as things are disappearing at a faster than normal rate and I find it a bit difficult to fill the gaps with work that looks right amongst the surrounding pieces.
I mustn't complain we spend so many days with people "just looking" that is nice to have the problem of knowing what to put on display.
The main window is always a worry as it is what is shown there that makes the decision for most people of should they come inside or not.
Our original Christmas window display was dominated by 'BEING' the magical dress with wings created by Louise Richardson, this would have sold many times over but it has gone to a good home, the lucky purchaser is someone famous who had their own reasons for buying such an unusual piece.
To replace this Jackie Morris has sent us one of her magnificent Hare drawings and much as I want to sell it I also know that I will miss it when it goes.
Still that's what "gallery life" is all about, for a short time having the pleasure of being able to enjoy art that you can't afford.
The first picture is by Cliff Wright the man responsible for the original Harry Potter
book covers, it is called
'Father Christmas ?'
Not many people can understand why, Cliff has told me that so far only one person has been
able to see the true meaning in the picture.
Isn't it obvious?
Posted by imagine at 07:04